We at Oy Soft Protector Ltd want to emphasize the most important principle of our product development: To provide high quality and safe products.

We are committed both to the science of safety and to the art of creating products that are gentle on people and the environment. Like you, we have a healthy scepticism, when it comes to the use of any chemicals – whether they are found in nature or made in a factory.

The ingredients used in Softcare Protectors (e.g. Softcare Textile Protector, Softcare Carpet Protector and Softcare Leather Protector) are well-defined and their efficacy and safety have been studied extensively. Softcare Protectors effectively protect the textiles, upholstery, clothing and leather. In addition, this protection extends the life cycle of the textile and enhances its aesthetics, keeping the textile looking newer for a longer time. As a result, the protected textile has a significantly reduced environmental footprint, particularly in the use and maintenance phase. 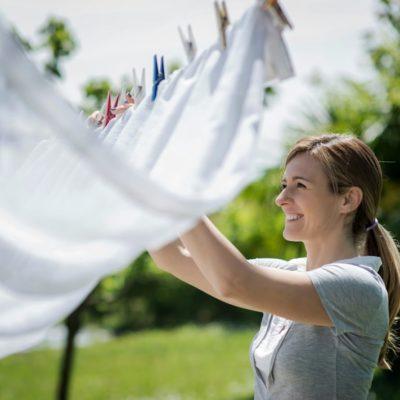 From these technologies the fluorinated textile protection technologies are the most effective protective technology for textiles, as only they provide an effective, long-lasting protection and excellent repellence against water, oil, soil and dirt. In addition, they are long lasting and more resistant to washing, light, rain, abrasion and other environmental factors to which textiles are exposed to during their life cycle.

Fluorotelomers are based on perfluorinated alkyl chain F(CF2)n-, where n is the number of the fluorinated carbons, and which can be attached to a non-fluorinated polymer backbone (e.g. acrylic polymer).

This chain length “n” of fluorotelomers is very important for the safety and biodegradability of the fluorotelomers. Long-chain (n ≥ 8) perfluorinated alkyl compounds, such as PFOA (perfluorooctanoic acid) and PFOS (perfluorooctane sulfonate) are not used in Softcare protectors.

It has been known to us that perfluorinated alkyl compounds with long-chain (n ≥ 8) are questionable both in regards of user safety and environmental safety. For this reason our Softcare protectors only utilize so-called short-chain C6 (n ≤ 6) perfluorinated alkyl acrylate polymer technology.

This has been a conscious design and development choice Oy Soft Protector Ltd has made as a part of our company’s values and responsible product development. We do not use PFOS, PFOA or other long-chain (n ≥ 8) based perfluorinated compounds. Therefore Oy Soft Protector Ltd has during its responsible product development made this decision well before the authorities in different countries began to evaluate the long-chain (n ≥ 8) perfluorinated substances according to newer scientific studies.

It should be noted also that the environmental authorities in Finland have concluded that PFOS-related compounds have not been prepared in Finland, and since 2000, Finnish companies have introduced only two such compound containing product. PFOS and PFOA compounds have been used, for example, at civil and military airports in firefighting foams. Oy Soft Protector Ltd has never manufactured or imported such products – any kind of firefighting foam has never been in Softcare product portfolio.

As stated previously, the Softcare Protectors do not contain or make use of long-chain perfluorinated alkyl compounds (e.g. PFOA or PFOS, which have n = 8).

Long-chain perfluorinated alkyl compounds are at the present under scientific and regulatory reviews, and have restrictions and/or prohibitions of use in e.g.

Softcare protectors do not contain any such compounds which have restrictions and/or prohibitions. Amongst other things, the US Environmental Protection Agency EPA (Environmental Protection Agency) has stated the following: “PFAC chemicals with fewer than C8 carbons, such as Perfluorohexanoic Acid (PFHxA), are not considered long chain chemicals. These shorter-chain PFAC are not part of this action plan, because data in non-human primates indicate that they have substantially shorter half-lives in these animals than PFOA and are less toxic than long-chain PFAC chemicals.”

Additionally, in the European Union, PFOA (n = 8) compounds are listed on the European Chemicals Agency ECHA’s list of “Substances of Very High Concern” (SVHC) list and their use is also limited, for example, in Norway.

It is important to emphasize that despite the similar sounding names, not all perfluorinated compounds can be stereotypically grouped into one single category, because particularly the chain length (n) of the fluorotelomer and the attachment to the polymer backbone have significant impact on both physicochemical and toxicological properties.

Softcare Protectors are based on C6 fluorotelomer chemistry

Softcare protectors are based on C6 (n = 6) fluorotelomer chemistry. These short-chain fluorotelomers (n ≤ 6) cannot degrade to longer chain-length compounds, such as PFOA or PFOS compounds.

Since these polymers in Softcare protectors are quite large, with molecular weight well over 1000 Daltons, the polymer of this size is generally too large to penetrate cell membranes and does not bioaccumulate, that is, does not accumulate in the human body.

Based on our empirical experience, one (1) kilogram of Softcare protector is generally enough for treating about ten (10) square meters of typical textile.

The amount of Softcare protector remaining on one (1) square meter after treatment, under normal and reasonably foreseeable conditions, is estimated to be about 1.4 grams of a textile protective agent per one (1) square meter of treated fabric.
When this estimated concentration of 1.4 g per m2 per standard toxicological calculation methods taking into account in example body weight, systemic exposure and duration of exposure is calculated, the systemic exposure dose (SED) expressed in mg/kg body weight/day remains low.

This systemic exposure dose (SED) is then compared to established no adverse effect levels (NOAEL) – that is, to the dose levels at which no adverse effects have been found in toxicological in vivo testing.

The Margin of Safety of the C6 perfluorinated compounds and their theoretically possible degradation products present in Softcare protectors are calculated by comparing these no adverse effect levels to systemic exposure dose.

In practice this means that under normal conditions and in normal amounts, Softcare Textile Protectors are many times safer to use than even the levels of harmless effect levels shown through research. The products have now caused any health risks to the user.

Scientific studies have been conducted to understand the effects of perfluorinated alkyl compound treated textiles in municipal waste such as waste incineration plants.

Studies have shown that such textiles treated protectant did not cause any significant release of perfluorinated compounds into the environment.
Sources and scientific publications